Rees Jones was born into the game of golf. He learned to play as a youngster, competing as a junior golfer, in college and while in the army. He grew up traveling with his family to golf courses all over the world and worked in the summers for his father, renowned golf course architect Robert Trent Jones Sr. After college at Yale and graduate studies at Harvard, he went to work in 1965 as a principal in Robert Trent Jones, Inc. Ten years later in 1974, he founded his own design firm, Rees Jones, Inc., headquartered in his hometown of Montclair, New Jersey.

He has designed or redesigned more than 225 golf courses in his career. The company offers a full range of services to help each client achieve its goal by providing an outstanding final product that is completed on schedule and within the client's budget.

Jones has earned the moniker "The Open Doctor" for his redesign of courses in preparation for major championships. His remodeling skills have been applied to seven U.S. Open venues, eight PGA Championship courses, five Ryder Cup and two Walker Cup sites as well as the President's Cup at The Royal Montreal Golf Club. Several of his redesigned courses have been selected as FedEx Championship sites including East Lake Golf Club, the permanent site of the PGA TOUR's Tour Championship. 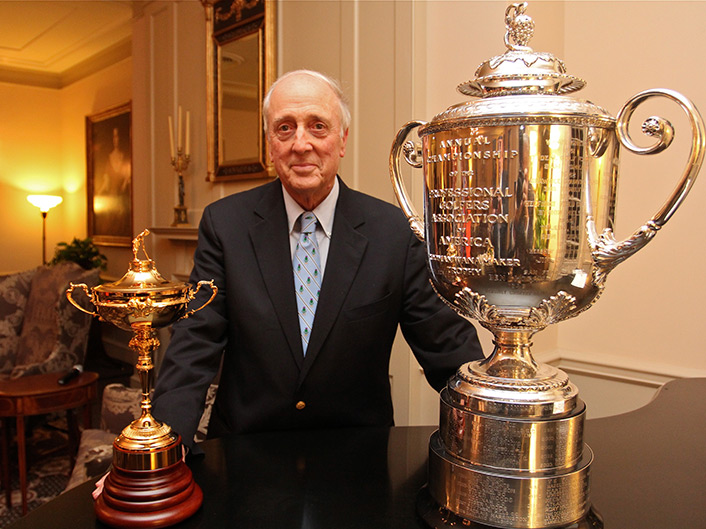 Rees has been recognized many times for his contributions to the game. His awards include the 2013 Donald Ross Award from the American Society of Golf Course Architects, induction into both the New Jersey Sports Writers Association Hall of Fame in 2012 and the Northern California Golf Association Hall of Fame in 2015, the 2012 Robert Moses Master Builder Award, the 1998 Metropolitan Golf Association Distinguished Service Award, the 2002 Metropolitan Golf Writers Distinguished Service Award, Golf World Magazine's 1995 Golf Architect of the Year, The Golf Course Superintendents Association of America's Old Tom Morris Award in 2004, two architectural awards from the International Network of Golf, and the 2000 Robert Morris Award of the Welsh Society of Philadelphia. In February 2014, Rees was the recipient of the Golf Course Builder's Association of America's Don A. Rossi Award earning Rees the distinction of being one of seven people (Byron Nelson, Michael Hurdzan, Robert Trent Jones, Sr., Jack Nicklaus, Arnold Palmer and Pete Dye) to have been awarded the Donald Ross Award, the Old Tom Morris Award and the Don A. Rossi Award. In January 2016, the MetGCSA honored Rees with its John Reid Lifetime Achievement Award. Presented annually this honor is reserved for an individual who, through continuing commitment, has shown exemplary support to the game of golf and golf course superintendents.

Ready to Reserve your Tee Time?